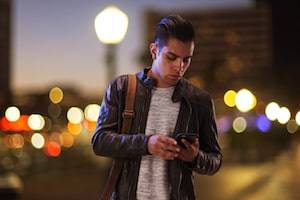 A Chicago couple may continue their lawsuit against Uber after an appeals court in Illinois reversed the ruling of a Cook County judge. The couple was injured in 2014 in a chain of events that began when they were kicked out of an Uber vehicle near 44th Street and Homan Avenue in the Brighton Park neighborhood. The lawsuit seeks damages for the injuries the couple suffered as the result of being hit by a car while walking home from where the Uber driver left them.

In October 2014, the couple used the Uber app to request a ride home from the movies. They were picked up at the theater at around 2:00 a.m., but according to court documents, the Uber driver did not drive the proper route to the couple’s home. He allegedly made several wrong turns and ended up lost. When the couple tried to help by giving the driver directions, he reportedly got upset and kicked them out of the car prior to reaching their intended destination.

The couple started walking toward their home. While they were crossing at an intersection along the way, they were hit by a car, and they both suffered injuries. The driver fled the scene but was arrested the following day.

Within a couple weeks, the couple filed a lawsuit against the driver who hit them. Several months later, they amended their suit to add Uber and the Uber driver who kicked them out as defendants. They alleged that the driver wrongfully ejected them from their ride and did so in an unsafe area. The lawsuit also claimed that Uber was liable for keeping the driver active despite “a history of confrontations, wrongful discharges, and arguments with other [Uber] customers.”

In May 2017, Cook County Judge Kathy Flanagan dismissed the suit against Uber and the Uber driver. While the lawsuit was allowed to continue against the driver who hit the couple, Judge Flanagan ruled that the Uber driver could not have foreseen the couple being hit by another driver. The other driver’s actions, the court ruled, “were an intervening, superseding cause of the Plaintiffs’ injuries that broke any causal chain” related to the Uber driver or Uber itself.

The injured couple appealed on the basis that they would not have been injured if their initial Uber ride had been completed as planned. A three-judge panel of the First District Appellate Court in Chicago determined that the lawsuit against Uber and the driver should be allowed to continue. The appeals court clarified that it was too early to say for sure that Uber or the Uber driver definitively did cause the accident but that it was also too early to reach a conclusion either way.

Proximate cause is an important element in any personal injury case. If you have been hurt in an accident and have questions about proximate cause, contact an experienced Tinley Park personal injury attorney. Call 708-942-8400 for a free consultation with Fotopoulos Law Office today.

Appeals Panel: Couple Hit by Car Can Sue Uber, Driver for Dropping Them off at Busy Intersection at 2 a.m.