Home
Articles
Can a “Consensual” Encounter With Police Lead to a DUI Charge?

Can a “Consensual” Encounter With Police Lead to a DUI Charge? 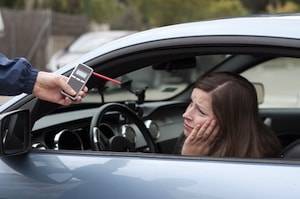 Normally an Illinois police officer must have probable cause to stop you on suspicion of a DUI. The Fourth Amendment to the U.S. Constitution protects all individuals against “unreasonable” seizures by the police. However, what if an officer stops to speak with you for another reason and subsequently discovers evidence that suggests drunk driving?

The Fourth Amendment does not apply to “consensual encounters” with the police. In other words, if you speak to the police voluntarily, and not under coercion or detention, you cannot later invoke the Fourth Amendment to claim any evidence obtained against you was an illegal search. Of course, it may not be obvious to you at the time that an encounter was “consensual.” Consider the following case in point.

Recently, an Illinois appeals court had to decide whether to reinstate a suspended driver's license. A trial court previously decided to exclude evidence of DUI obtained by a police officer on Fourth Amendment grounds. The appeals court said the judge applied the law incorrectly and reinstated the suspension.

In early January 2015, an Illinois State Police officer was on routine patrol when he noticed the defendant's vehicle slowing down and pulling over to the side of a narrow road. At this point the officer did not suspect DUI, merely a motorist in distress.

Do You Need Help From an Illinois DUI Lawyer?

If you are stopped by the police, you are probably not going to get into an extended discussion with the officer over the finer points of the Fourth Amendment. Just remember you also have a constitutional right—under the Fifth Amendment—not to speak to the police. You should always assume that anything you say may be used against you, even if you have not been properly advised as such. Additionally, if you are arrested and charged with DUI, you should exercise your right to speak with an experienced Orland Park criminal defense attorney. Contact the Fotopoulos Law Office to speak with an attorney right away.