Home
Articles
Can a Drug Conviction be Used Against Me in a Future Case?

Can a Drug Conviction be Used Against Me in a Future Case? 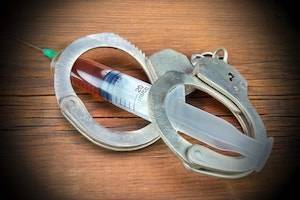 If you are on trial for a violent crime, such as assault and battery, prosecutors will make every effort to discredit you in front of the jury. Should you choose to testify—and remember, the Constitution protects your right to remain silent at trial—prosecutors may look to introduce evidence of prior criminal convictions to attack your credibility.

How “Impeachment” Works in a Criminal Trial

In legal terms, this is known as “impeachment.” Illinois courts have strict rules about what kinds of information may be used to impeach a witness. For example, evidence of a witness' prior criminal conviction is admissible under the following circumstances:

How does a judge apply these rules in practice? Consider a recent example. Prosecutors charged a defendant with domestic battery and several related charges. More precisely, the defendant was accused of choking his girlfriend and then tried to prevent her from calling the police.

The defendant chose to testify at trial. The judge allowed prosecutors to cross-examine the defendant about a prior conviction for a felony offense involving marijuana. During closing arguments, the prosecutor again referred to the conviction, stating it was a “crime of dishonesty against society,” and could be used to impeach the defendant's credibility.

The jury found the defendant guilty of domestic battery. The judge sentenced the defendant to 30 months in jail. On appeal, the defendant argued the judge was wrong to let the jury hear about his prior drug offense.

However, the Illinois Second District Appellate Court affirmed the defendant's conviction. The appeals court cited prior cases where prior drug offenses were deemed “crucially important to the jury” in assessing a defendant's credibility. Therefore, the Second District said the defendant needed to show the risk of prejudice “substantially outweighed” the probative value of this information. He could not do so, the appeals court said, adding that the marijuana conviction “was recent” and relative to the domestic battery charges, which only enhanced its relevance.

Have You Been Charged With a Felony?

It is often difficult to spell out a concrete rule as to what convictions may or may not be admissible as impeachment evidence. Every case involves unique circumstances. This is why it is important to work with an experienced Orland Park criminal defense lawyer if you are on trial for any serious felony charge. Contact the Fotopoulos Law Office if you need to speak with an attorney right away.