Home
Articles
Can a Prosecutor Call Me a “Criminal” in Front of the Jury?

Can a Prosecutor Call Me a “Criminal” in Front of the Jury? 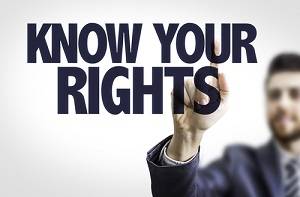 If you are charged with a violent crime in Illinois, you have the right to a fair trial. On television legal dramas, you often see crusading prosecutors make powerful opening or closing arguments designed to sway a jury's emotions. In real courtrooms, however, prosecutors need to stick to the evidence. They are not ethically or constitutionally permitted to inflame the jury with prejudicial language.

For example, a prosecutor who repeatedly refers to a defendant as a “criminal” during opening arguments may violate that defendant's right to a fair trial. Indeed, an Illinois appeals court recently overturned the convictions of two co-defendants after a prosecutor did just that. The underlying criminal case involved three Chicago police officers who were shot and injured while attempting to execute a search warrant against one of the defendants.

The two defendants were tried on multiple felony charges, including attempted murder and aggravated battery of a police officer. The defendants were tried together but before separate juries. During opening arguments, the assistant state's attorney prosecuting the case referred to the defendants as “two cold-blooded criminals.” The defense objected, and the judge instructed the jurors to “disregard” that remark. Despite this, the state's attorney continued to call the defendants “criminals” during the remainder her opening statement.

The defendants were ultimately convicted. The first defendant to appeal argued he was entitled to a new trial because of the prosecutor's improper opening statement. The Illinois First District Appellate Court agreed. In an October 2016 decision, the appeals court said that while a prosecutor has “wide latitude in making opening statements and closing arguments and is entitled to comment on the evidence,” that does not give a state's attorney license to make “comments intending only to arouse the prejudice and passion of the jury.”

For example, Illinois courts have previously held that a prosecutor cannot refer to a defendant as an “animal” or a “crack-head.” Similarly, it was misleading and prejudicial to call the first co-defendant in this case a criminal since, in fact, he “did not have a criminal record” prior to this case. Additionally, given the prosecutor continued to falsely label the defendant a criminal even after the judge sustained the defense's objection, the appellate court said it was compelled to reverse the conviction.

Several months later, the First District reversed the second co-defendant's conviction on the same grounds. One difference in this case was the second co-defendant had a prior criminal record. He was also charged in the present case with unlawful use of a weapon by a felon. However, this did not make the prosecutor's opening statement any less problematic, the appeals court observed. To the contrary, the second co-defendant specifically chose to have a separate bench trial on the weapons charge because “informing the jury of his prior unrelated conviction could prejudice him.”

Have You Been Charged With a Crime in Illinois?

Prosecutors are in the business of winning convictions. Still, that does not justify running roughshod over a defendant's right to a fair trial on the evidence. If you have been accused of attempted murder, assault and battery, or any other serious felony, you need to work with an experienced Orland Park criminal defense attorney who will stand up for your rights. Contact the Fotopoulos Law Office, today at 708-942-8400 to schedule a free consultation to discuss your case with us.