Home
Articles
Can a Tattoo Prove Your Innocence on Drug Charges?

Can a Tattoo Prove Your Innocence on Drug Charges? 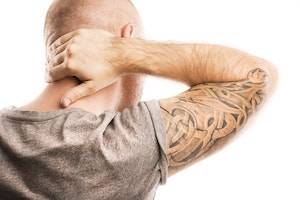 If you are arrested on drug charges, such as possession of a controlled substance with the intent to deliver, the burden is on police and prosecutors to prove you did something wrong. This includes establishing your identity and presence at the crime scene—i.e. where the alleged drug transaction took place. Many criminal convictions rely solely on police officer testimony to establish a defendant's guilt.

You Have the Right to Present a Defense

It is therefore critical that the court allow the defendant to present evidence that contradicts police testimony. This can include something as seemingly trivial as a tattoo. In fact, an Illinois appeals court recently overturned a drug crimes conviction precisely because the trial judge refused to look at the defendant's tattoos.

The defendant was charged with delivery of heroin. The case was tried before a judge without a jury. At trial, the arresting officer testified that he was working undercover on the night in question. He said he purchased heroin from a man that he later identified, from a photo array, as the defendant.

The defendant claimed he had been misidentified. The defendant's attorney noted the officer did not witness any tattoos or distinctive markings on the man he purchased drugs from—whom, the officer testified, was wearing a sleeveless shirt at the time. But the defendant, in contrast, had tattoos on his arms.

The judge made a cursory glance of the defendant's right arm while remaining on the bench—a position about two feet above the defendant. From there the judge said he could not see a tattoo. The judge refused to consider how the defendant's tattoos would have looked to a person standing right next to him accepting heroin.

The judge ultimately found the defendant guilty and sentenced him to 10 years in jail. On appeal, the Illinois First District Appellate Court said the trial judge violated the defendant's constitutional rights and he was therefore entitled to a new trial. While the appeals court did not second-guess the police officer's identification of the defendant, it did find the judge “prevented defendant from presenting his defense” by taking a proper look at his tattoos.

Not only should the judge have examined the defendant's right arm at eye level, the court said, he also should have looked at the left arm. The judge deemed the tattoos on the left arm irrelevant since the man who handed the drugs to the officer did so with his right hand. But the officer testified he had a clear view of the man's entire body, hence he should have been able to identify the left-arm tattoos.

Police officers make mistakes like everyone else. Unfortunately, a mistaken identification can mean years in jail for an innocent defendant. That is why it is essential for judges to allow a defendant to present any evidence that may clear his or her name.

An experienced Orland Park drug crimes defense lawyer can make sure no judge tries to run roughshod over your constitutional rights. Contact the Fotopoulos Law Office, today if you have been charged with a drug crime and need immediate assistance.