Home
Articles
Can an Accuser Stop Me From Proving My Innocence?

Can an Accuser Stop Me From Proving My Innocence? 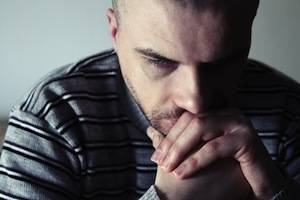 Although television legal dramas might lead you to think the criminal justice system is infallible—the heroic police and prosecution always manage to catch the clearly guilty defendant—the reality is there are many people in Illinois sitting in prison for crimes they did not commit. In fact, the National Registry of Exonerations at the University of Michigan reports 195 wrongful convictions in Illinois—most of them from Cook County—have been identified and overturned since 1989.

Defendants in sexual assault cases are especially vulnerable to false convictions based solely on the testimony of an unreliable accuser. An Illinois appeals court recently looked at whether or not an accuser may challenge a defendant's actual innocence even when the state concedes there was a wrongful conviction.

The defendant in this case was convicted of rape in 2004. Nine years later, prosecutors moved to reopen the case, vacate the defendant's conviction, and release him from prison. An Illinois judge granted the state's petition and later issued the defendant a “certificate of innocence.” Such certificates clear a defendant's criminal record and allow him or her to seek compensation from the state for wrongful imprisonment.

Although prosecutors did not oppose the certificate of innocence, the original accuser did. She filed a separate petition to vacate the defendant's certificate. The state and the defendant both objected to this petition on the grounds the accuser lacked standing. The courts agreed.

The Illinois First District Appellate Court said the law does not permit accusers to challenge a certificate of innocence. Only the state may do that. Additionally, while the law does afford “victims” of crimes certain rights in legal proceedings involving their attackers, the accuser here was “no longer a victim,” since the trial court vacated the defendant's conviction.

Ideally, a defendant is not convicted based on false or insufficient evidence in the first place. This can be difficult in a sexual assault prosecutions, where prosecutors and juries tend to be more sympathetic towards accusers. Even in a case where the evidence is the accuser's word against that of the defendant, a jury may take the easy way out and decide to convict.

A sex crimes conviction of any type is especially damaging to the defendant, who may have to register as a sex offender for the rest of his or her life. Even after serving a prison sentence, a person convicted of sex crimes may have difficulty finding housing or employment. The stigma attached to such convictions is quite real.

This is why if you are accused of a sex crime, you need to take the matter seriously. Your first call should be to an experienced Orland Park criminal defense lawyer who knows to how to defend such cases. Contact the Fotopoulos Law Office to schedule a consultation with an attorney right away.