Home
Articles
Can I Face DUI Charges Even if My BAC Was Below the Legal Limit?

Can I Face DUI Charges Even if My BAC Was Below the Legal Limit? 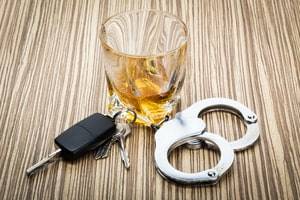 Being pulled over on suspicion of DUI can be a nerve-wracking experience for many. Even if you were pulled over for something unrelated to your driving, police officers are always looking for signs of impairment behind the wheel. If the police officer has any reason to suspect that you have been drinking or are impaired in any way, they will likely ask you to step out of the vehicle to perform sobriety tests. If you fail the sobriety tests, you will be arrested. Contrary to what some people may believe, you can actually fail a sobriety test even if your blood alcohol concentration (BAC) is below the legal limit. DUI charges are serious in any capacity, so avoiding a conviction is essential.

In almost every state in the United States, the legal limit for your BAC while you are driving is 0.08. If your BAC is over 0.08, you are considered to be legally intoxicated. However, most DUI laws are crafted to be open-ended in defining what constitutes a DUI charge. For example, in Illinois, the law states that a person is prohibited from driving or being in actual physical control of a vehicle if their BAC is 0.08 or more. However, the law also states a person commits a DUI if they are driving a vehicle “under the influence of alcohol.” This means that you do not have to have a BAC of 0.08 or more to be charged with a DUI.

In addition to alcohol, Illinois’ DUI laws also deal with drug-impaired driving. The law states that any person caught driving with a drug, substance, or intoxicating compound – whether legal or illegal – in their body can be charged with a DUI. The only drug, however, that has a limit set on it is THC, the compound found in marijuana. In Illinois, the legal limit for THC concentration is 5 nanograms or more per milliliter of blood or 10 nanograms or more per milliliter of another bodily substance. Like alcohol, you can also be charged with DUI if you were operating a vehicle under the influence of marijuana, even if your THC level was under the legal limit

Even though it may seem strange, it is possible to be charged with and convicted of a DUI even if your BAC was below 0.08. A DUI conviction comes with many consequences, including possible jail time, expensive fines, and driving restrictions. If you have been arrested for or have been charged with DUI, you should speak with a skilled Cook County DUI defense lawyer as soon as possible. At the Law Office of John S. Fotopoulos, P.C., we will do everything in our power to help you fight for a favorable outcome. To schedule a free consultation, call our office today at 708-942-8400.