Home
Articles
Can I Get a DUI for Taking Prescription Drugs?

Can I Get a DUI for Taking Prescription Drugs? 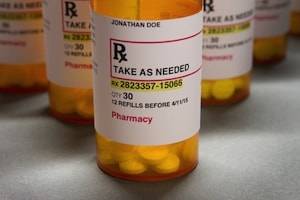 Although DUI is usually associated with drunk driving, Illinois law actually prohibits operating a motor vehicle while under the influence of any drug or controlled substance. This can even include a legal prescription drug. To avoid a DUI conviction, a defendant must prove not only that he or she had a valid prescription, but he or she also used the drug in a manner that did not prevent him or her from driving safely.

Driver Must Prove Xanax did not Impair His Driving

In a recent Illinois case, police arrested a man for DUI after blood and urine tests revealed the presence of alprazolam in his system. Alprazolam, better known as Xanax, is a prescription drug used to treat anxiety disorders. The defendant held a lawful prescription for Xanax, with instructions to take two pills per day.

Under Illinois law, a driver's license is automatically suspended when a blood test reveals the presence of a controlled substance. Here, the defendant challenged his suspension, citing his legal prescription for the Xanax. The trial court actually sided with the defendant and rescinded the license suspension.

The state appealed, however, and the Illinois Fifth District Appellate Court ordered the trial judge to hold a new hearing. The court noted that the burden was on the defendant to prove he used the drug lawfully. Merely showing a valid prescription was not enough. The defendant did not, for example, present any evidence “about the dosage of Xanax he took, when he took it, or how often he took it,” the Fifth District observed.

Given that one of the side effects of Xanax is drowsiness that can impair a person's ability to operate heavy machinery—i.e., drive a car—the trial judge should have asked the defendant to submit additional evidence proving he “complied with the prescription and could drive safely.”

Get Help From an Illinois DUI Lawyer

It is important to distinguish between a driver's license suspension and a criminal DUI case. In a criminal case, the prosecutor must prove the defendant's guilt beyond a reasonable doubt. In a license suspension, like the case above, the driver must initially present evidence demonstrating why his or her license should not be suspended. Only after the driver presents such evidence does the burden shift to the state to justify the suspension.

It is therefore possible for someone to be found not guilty of criminal DUI yet still lose their driving privileges. In Illinois a statutory summary suspension can last 6 or 12 months depending on the case. You will also need to pay a reinstatement fee once the suspension period ends.

As you can see, the potential civil and criminal penalties of DUI are quite serious. If you have been arrested or charged on suspicion of DUI, you should work with an experienced Orland Park criminal defense attorney who knows how to handle these types of cases. Contact the Fotopoulos Law Office, to speak with a lawyer right away.