Home
Articles
Can My Doctor File a Medical Lien Against My Personal Injury Settlement?

Can My Doctor File a Medical Lien Against My Personal Injury Settlement? 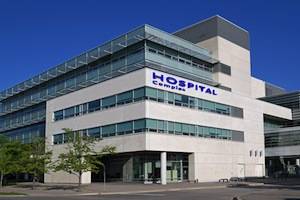 Following a car accident, your first priority is seeking treatment for your injuries. As we all know, medical care is expensive, especially if you lack sufficient insurance. Even a simple accident can lead to thousands of dollars in unpaid bills. Additionally, Illinois hospitals are not shy about collecting on those bills, even if the injured victim has yet to receive any compensation from the parties responsible for his or her accident.

Court Rules Hospital did not Have to Bill Victim's Insurer

Illinois law permits all health care providers—hospitals, doctors, et cetera—to file a lien against “all claims and causes of action” held by an injured person who seeks treatment. In other words, if you are injured in a car accident, the hospital that treats you can legally claim part of any potential personal injury lawsuit that you file. The law limits such medical lien to “reasonable charges” for the care provided, which in no case may be more than 40 percent of the “verdict, judgment, award, settlement, or compromised” secured by the injured victim.

An Illinois appellate court recently addressed these questions. In this case, the plaintiff was injured in a car accident caused by a third party's negligence. The defendant hospital treated the plaintiff's injuries. The plaintiff had health insurance through his employer, and the defendant provided a “discount” to the insurer under a separate agreement.

Then there was the third bill. The plaintiff alleges the defendant never submitted this bill to his insurance company at all. The defendant claims the plaintiff told it to send the bill to the third party's insurer instead. In any event the bill, which is for an amount in excess of $10,000, has not been paid, and the defendant filed a lien.

The plaintiff argued the defendant violated Illinois consumer protection laws by “fraudulently” filing medical liens. Specifically, he alleged the insurer had a legal duty to submit the third bill to his insurer before taking out a lien. The Illinois Fourth District Appellate Court upheld the plaintiff's challenge to the first two liens but not the third.

The court noted the first two liens “should be removed” since the insurer eventually paid the agreed-upon discount rate. But the court also rejected the plaintiff's objections to the third lien. The lien was not “deceptive” or fraudulent since it was clearly authorized by the law. As noted above, the Illinois lien statute only restricts the maximum amount a medical provider may claim against a victim's future personal injury award; it says nothing about having to seek recovery from an insurer first.

The last thing you want to worry about when you are recovering from an accident is dealing with insurance companies and medical bills. That is why you should seek help from an experienced Orland Park personal injury lawyer who can help you with these and other legal matters that may arise. Contact the Fotopoulos Law Office, to speak with attorney today.