Home
Articles
Can the Police Handcuff You Without “Arresting” You?

Can the Police Handcuff You Without “Arresting” You? 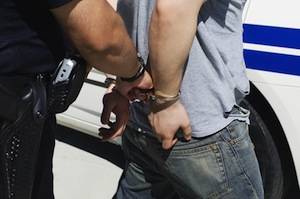 Drug crime cases often begin with seemingly routine traffic stops. Illinois law enforcement officers may use a minor traffic crime, such as speeding, as a pretext to stop and search a vehicle suspected to contain evidence of illegal drug activity. While the Constitution is supposed to protect all citizens against “unreasonable” searches, in practice there are a number of loopholes that judges allow police to exploit.

One recent Cook County drug case, which is still pending, began with an unverified “tip” from an unidentified informant. Someone allegedly informed a Drug Enforcement Agency (DEA) agent in San Diego that a woman was illegally transporting drugs to Chicago. This agent then told his counterparts in Chicago.

Federal and local officials working as part of an anti-drug task force at O’Hare International Airport traced the woman, identified by the San Diego agent, to a nearby hotel. They watched the woman enter one of the hotel rooms with a black bag. A short time later, the defendant and another woman entered the room. They then exited the room with the defendant carrying the black bag.

The defendant and his associate got into a car and drove away. Law enforcement followed. Two Chicago Police Department officers, acting in concert with the task force, then stopped the car on the grounds that it was “traveling too fast for conditions.”

Police removed the defendant from the car, handcuffed him, and detained him in the back of a police car. Meanwhile, police said the defendant’s female associate consented to the search of her car. A police dog sniffed the black bag and “gave an alert for the presence of narcotics.” The police searched the bag, which contained methamphetamine, and consequently the defendant was charged with a crime.

If you find yourself caught up in any type of drug case, it is essential that you speak with an experienced Orland Park criminal defense attorney as soon as possible. Contact the Fotopoulos Law Office to schedule your consultation today.