Home
Articles
Can the State's Attorney Conduct a Traffic Stop and Search Your Car for Drugs?

Can the State's Attorney Conduct a Traffic Stop and Search Your Car for Drugs? 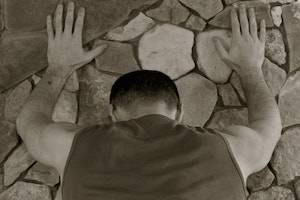 Anyone who has seen the television show Law & Order knows the familiar opening narration: “In the criminal justice system, the people are represented by two separate, yet equally important, groups: the police, who investigate crime; and the district attorneys, who prosecute the offenders.” But what happens when these functions become blurred, i.e. the district attorney’s office starts acting as the police? The Illinois Supreme Court recently addressed this question in an important case arising from the controversial policies of LaSalle County's former top prosecutor.

Despite this restricted role, Towne's SAFE investigators were given broad powers to conduct traffic stops and searches in LaSalle County, particularly along Interstate 80, which has a reputation as a popular corridor for the transport of illegal drugs. In the five cases consolidated before the Supreme Court, each defendant was subjected to a traffic stop by one of Towne's special investigators on I-80. All of these stops “resulted in the discovery of a controlled substance.” Towne's office then charged the defendants with felony drug possession.

The trial court suppressed all of the evidence obtained from the defendants' vehicles as the products of an illegal search. The trial court found the special investigator “lacked the authority to conduct these traffic stops” since his appointment did not comply with certain state regulations. An intermediate appellate court said that regardless of the circumstances surrounding the investigator's appointment, the SAFE unit itself “exceeded the scope” of the State's Attorney's authority, meaning all of the traffic stops and arrests were “unlawful.”

The Supreme Court agreed with the appellate court. In a 5-2 decision, the justices said that state law does not authorize a State's Attorney to “patrol the highways, engage in law enforcement, and conduct drug interdiction.” Those are functions reserved for the police. Yet the SAFE investigators “essentially operated as a county police force at the direction of Towne,” generating its own cases.

Have You Been a Victim of Civil Asset Forfeiture?

Beyond these five cases, the current LaSalle County State's Attorney is continuing to deal with the fallout from the SAFE program. As documented in a March 2016 article in Chicago Lawyer magazine, SAFE was not just about generating drug arrests—it was about making money for the State's Attorney office. Illinois' civil asset forfeiture laws allow law enforcement agencies to seize the proceeds of alleged drug activity, even without a criminal conviction. Towne exploited this law to fund SAFE using money he seized from the people that his investigators illegally arrested.

Karen Donnelly, who succeeded Towne as State's Attorney following the 2016 election, is now in the process of retrieving “hundreds of thousands of dollars” in funds wrongfully obtained by SAFE. Her office has also dismissed a number of pending criminal cases generated by the illegal SAFE arrests.

The LaSalle County situation illustrates how easily prosecutors can abuse their power in pursuit of drug convictions. That is why if you are charged with felony drug possession, you need to seek immediate help from a qualified Orland Park criminal defense attorney. Call the Fotopoulos Law Office at 708-942-8400 to schedule a free consultation today.

LaSalle Bounty: How a Prosecutor's Police Force Turned a Highway Into a Payday