Home
Articles
Can the Type of House You Live in Affect Your Constitutional Rights?

Can the Type of House You Live in Affect Your Constitutional Rights? 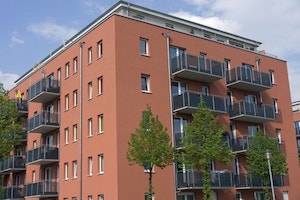 Most drug crime cases in Illinois involve police searches, and the Fourth Amendment to the U.S. Constitution requires the police to obtain a warrant for most searches. In its broadest terms, the Fourth Amendment protects our right to privacy. However, this presumes that we had a reasonable expectation of privacy in the first place.

For example, if a police officer walks into your house and starts looking around, that would clearly be a violation of your privacy. Yet suppose you live in an apartment building and an officer searches the lobby, which is unlocked and accessible to the public. Illinois courts have said such searches of “common areas” do not require a warrant because there is no reasonable expectation of privacy.

Still, even within an apartment building, there are limits to how far the police can go. In a 2016 case, the Illinois Supreme Court held that police could not conduct a warrantless search outside an apartment door that was “located within a locked apartment building.” The court said the fact that public access was restricted to the hallway leading up to the defendant's door was critical.

More recently, an Illinois appeals court examined how this same principle applies to a duplex, i.e. a split-level building converted from a single-family home. The building at issue in this case was owned by the defendant's mother. She lived in a separate apartment on the first floor. The second-floor unit was typically vacant but her son stayed there occasionally, including the night of his arrest for drug possession.

An undercover narcotics officer observed the defendant retrieving what he believed to be drugs from a bag hidden within the inside door frame of the duplex. This was an outer doorway that led to two interior doors, one for each of the duplex units. The officer subsequently searched the outer door frame, without a warrant, and found the bag which later tested positive for heroin.

A Cook County judge found the defendant guilty of possession of a controlled substance and sentenced him to five years in prison. But, the Illinois First District Appellate Court overturned the conviction, holding the officer's search of the doorframe violated the defendant's Fourth Amendment rights. The Court said the entire building should be treated as a “single-family home, which includes the area above the inside door frame.” In other words, the fact that the mother used the building as a duplex did not convert the outer doorway into a “common area,” and the police could not cross that threshold without a warrant.

As crazy as it sounds, this case illustrates how the type of building that you live in can determine the scope of your constitutional rights. Indeed, a federal court recently observed that Illinois rules may discriminate against African-American and Hispanic defendants, who are more likely to live in multi-family apartment buildings where there are more common areas. This is why, regardless of who you are or where you live, it is important to have experienced representation from an Orland Park criminal defense attorney. Call the Fotopoulos Law Office, at 708-942-8400 if you have been charged with a crime and need to speak to a lawyer right away.

The People of the State of Illinois, Appellant