Defending Against Assault and Battery Charges: Claiming Self Defense 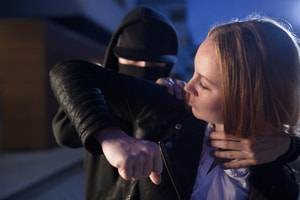 One of the most common defenses people use when they are fighting assault and/or battery charges is claiming that they were acting in self-defense. In some situations, this may be a legitimate defense, but many people do not realize that there are certain elements that must be proven if you want to succeed with a claim of self-defense.

Illinois recognizes that there are certain situations that citizens may be put into that require the use of force against another person. Because of this, there are stipulations in the Criminal Code of 2012 that allow a person to use force against another person, as long as it is legally justifiable. If you plan to use self-defense as your claim against assault and/or battery charges, you need an attorney who has experience with self-defense claims.

The Illinois Criminal Code of 2012 states that people can legally use force against others if they reasonably believe that the use of force is necessary to protect themselves or someone else against a person’s use of unlawful force. This means that you are permitted to use force against another person as long as it was actually necessary and you had no other way of protecting yourself.

Making a self-defense claim will only work if you can successfully prove three things:

A Cook County Assault and Battery Defense Attorney can Help

Though you never want it to happen, you may be put in situations that require you to use force to protect yourself. In cases like these, claiming self-defense is the way to argue against charges of assault and/or battery. At the Law Office of John S. Fotopoulos, P.C., we can help you form a self-defense claim to any type of violent crime charge. Our skilled Orland Park, Illinois, criminal defense lawyers can help you protect your freedom and your right to protect yourself. To schedule a free consultation, do not wait – call our office today at 708-942-8400.