Defending Against DUI Charges in Illinois 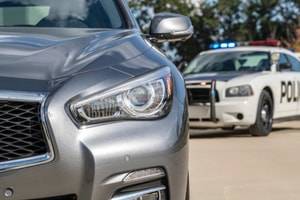 When it comes to criminal laws and punishments, each state creates its own. When it comes to driving under the influence, the legal BAC limit for almost all states is 0.08 (Utah recently lowered its limit to 0.05), but the consequences of breaking that law differ greatly between states. Some states, like South Dakota, have no minimum jail sentence or fines for first or second-time DUI offenders. Illinois has some of the strictest DUI laws in the country, with a first offense resulting in an administrative driver’s license suspension, fines and possible jail time.

Being accused of driving while under the influence of drugs or alcohol is a very serious matter. Even if you are not convicted, you can face a driver’s license suspension and the arrest may appear on your criminal record during a background search. It is crucial that you have help from an experienced DUI defense attorney if you are facing DUI charges. Your attorney will be able to examine your situation and determine what the best defense strategy would be for your case. Common defenses to DUI charges include:

If you have been arrested for driving while under the influence of drugs or alcohol, you should immediately contact a knowledgeable Joliet, IL, DUI defense attorney. At the Law Office of John S. Fotopoulos, P.C., we understand how a DUI conviction can affect your life. We will do everything in our power to avoid a conviction. Call our office today at 708-942-8400 to schedule a free consultation.

Strictest and Most Lenient States on DUI