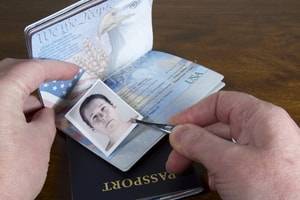 For as long as government-issued identification cards have been around, fake IDs are sure to have also existed. Added security measures and other changes are constantly being made to ID cards in an effort to combat fraudulent or fake IDs, but that still does not stop some people from attempting to make them. Many times, crimes involving fake IDs are perpetrated by juveniles who are using the card for things such as purchasing alcohol. Some fake ID cards are nearly undetectable, but using one and getting caught can mean you will face quite a bit of trouble with the law.

You can be charged with a Class A misdemeanor if you are caught doing the following:

In Illinois, Class A misdemeanors can result in up to one year in jail and up to $2,500 in fines. Any subsequent offense is classified as a Class 4 felony.

You can be charged with a Class 4 felony if you do the following:

Class 4 felony convictions carry a sentence of one to three years in prison and as much as $25,000 in fines. A subsequent conviction would result in a Class 3 felony.

Most often, crimes involving the use or possession of a fake ID are perpetrated by juveniles who are trying to appear older than they actually are. If your child has gotten into trouble because of a fake ID, you need help from a Cook County juvenile crimes defense attorney. At the Law Office of John S. Fotopoulos, P.C., we understand how difficult it can be to hear that your child has gotten into trouble with the law. Contact our team today by calling 708-942-8400 to schedule a free consultation.

Laws and Penalties for Underage Drinking