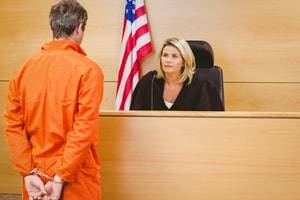 When you are charged with a crime, it can be an extremely scary experience. There is much uncertainty when you are involved with the criminal justice system, especially when it comes to how you are sentenced. Each crime is classified as to its seriousness, with the classification dictating what the sentencing guidelines are. However, there are certain circumstances in which those guidelines can be circumvented. This typically occurs when it is determined that there were aggravating factors present when the crime was committed.

After you are convicted for a crime or you plead guilty, a hearing will then be scheduled for your sentencing. It is not until this hearing that you will know what your future holds as far as the consequences of the crime. The judge can impose the sentence that he or she sees fit for the crime that was committed. When certain aggravating factors are present, the judge has the option to impose stricter sentencing for the particular crime. There are a number of factors that could increase the severity of your punishment, but the most common factors include:

Discuss Your Case With a Cook County Criminal Defense Attorney

In some criminal cases, the best outcome you can hope for is a lenient sentence. While the goal of the team at the Law Office of John S. Fotopoulos, P.C. is to try to avoid a conviction at all costs, our skilled Tinley Park, IL, criminal defense lawyers will also fight to get you the most favorable sentence possible when there are no other options. Call us today at 708-942-8400 to schedule a free consultation.