How a “Structural Error” can Render a Criminal Trial Unconstitutional 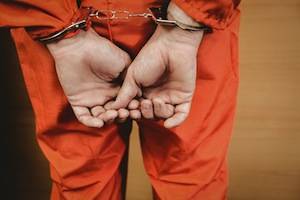 If you are facing felony charges, it is important to make sure the court respects all of your constitutional rights. While even the best judges make honest mistakes, such errors can prove costly when you are facing the loss of your freedom and the permanent taint of a felony conviction. Therefore, a defendant should never hesitate to object—or in some cases appeal—when a judge fails to follow the law.

A recent Illinois case illustrates how a seemingly minor procedural error can be a big deal in a felony case. The defendant here was tried for murder. A jury convicted the defendant and the judge sentenced him to 100 years in prison.

The Illinois First District Appellate Court reversed the defendant's conviction and ordered a new trial. The reason is one that, on first glance, might seem odd. Before the start of any criminal trial a judge must select a jury. This is a process known as voir dire. Basically, lawyers for the state and the defendant get to ask prospective jurors questions and move to exclude any juror they feel may be biased.

During voir dire in this case, the trial judge asked a woman sitting in the public gallery to leave the courtroom. The woman was the defendant's step-grandmother. Although the defense attorney had explained to the step-grandmother that she was not allowed to interfere with jury selection, the judge still ordered her to leave, claiming there was not enough space in the courtroom to accommodate her and the pool of jurors. Under these circumstances, the judge thought there was a risk she might “contaminate” the jury.

As the First District explained, every criminal defendant in the United States has a right, guaranteed by the Sixth Amendment to the Constitution, to a “public trial.” This includes the voir dire process. By excluding the step-grandmother from the courtroom, even for a day, the judge violated this right. The First District said the judge's reasons for removing the step-grandmother—the room was too small and she might contaminate the jury—lacked merit.

Not every constitutional violation requires an appeals court to reverse a defendant's conviction. In most cases, a defendant must still prove the violation had some prejudicial effect on his or her ability to defend himself or herself. But, the U.S. Supreme Court has determined that some “structural errors”—e.g., denial of a public trial, trial before a racist judge, denying the right to counsel—mandate automatic reversal. The First District said that was the case here. While the court sympathized with the trial court's reported lack of space, the judge was still obligated to make a reasonable effort to enable members of the public to observe the proceedings.

Get Help From an Illinois Criminal Defense Lawyer

Some people might read this story and complain that a “murderer got off on a technicality.” However, that is not the case at all. The defendant will be tried again. And if you or a loved one are facing decades in prison, you will no doubt want to make sure the judge follows the Constitution to the letter. The best way to help ensure that is by working with an experienced Orland Park criminal defense attorney. Contact the Fotopoulos Law Office if you need to speak with a lawyer right away.