Home
Articles
How is DUI Different When it Involves Marijuana?

How is DUI Different When it Involves Marijuana? 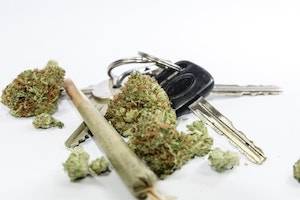 When it comes to DUI, there is a critical difference between alcohol and illegal drugs such as marijuana. You probably know that drunk driving is only a criminal offense if your blood alcohol concentration is 0.08 percent or higher. This means that most people can have one or two beers in their system and not worry about legal liability.

However, when it comes to illegal drugs, Illinois law states that “any amount” in a person's system is unacceptable. In other words, if police find any amount of THC—the active ingredient in marijuana and cannabis products—in your system, you are guilty of DUI even if there is no evidence that you were impaired. Additionally, if you are arrested for a DUI where someone else is seriously injured, you can be charged with an “aggravated” DUI which carries stiffer criminal penalties.

The Illinois Supreme Court recently reinstated an aggravated DUI conviction arising from a 2012 accident involving two vehicles in Shiloh. The defendant drove her vehicle over the center line and hit a truck. The truck driver, who was pregnant at the time, suffered “permanent disability” as a result of the accident, and the defendant's 14-year-old son was also seriously injured.

Prosecutors charged the defendant with aggravated DUI based on a post-accident urine test that revealed the presence of THC in her system. At trial, the defendant admitted she fell asleep at the wheel just before the accident. But, she sought to introduce evidence that an unrelated medical condition, and not the marijuana, caused her to lose consciousness. Specifically, the defendant's personal physician was prepared to testify that her history of “low blood pressure” was a “possible” explanation for what caused the accident.

The trial court declined to admit the doctor's testimony. The judge, who tried the case without a jury, ultimately found the defendant guilty of three counts of aggravated DUI.

An intermediate appeals court held the trial judge was wrong to bar any evidence that her medical condition might have caused her loss of consciousness. On further appeal, however, the Illinois Supreme Court said the defendant's conviction still stands. The Supreme Court agreed with the intermediate court that a defendant should be allowed to present a “sudden illness” defense when the facts justify it.

The problem was that the defendant in this case failed to offer “adequate” proof that she, in fact, suffered such a sudden illness. Indeed, the only evidence she offered was her doctor's speculation that low blood pressure “might” have explained what happened. The Supreme Court said that was not enough.

Have You Been Charged With Aggravated DUI in Illinois?

The Supreme Court's decision is narrow but potentially helpful to defendants in future aggravated DUI cases. Yet it does not mitigate the strict liability standard for people caught driving with any amount of marijuana or other illegal drug in their blood or urine. Therefore, if you have been charged with aggravated DUI, you need to speak with an experienced Orland Park criminal defense attorney right away. Call the Fotopoulos Law Office today if you need help with your DUI case.