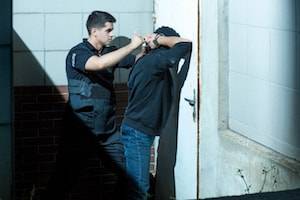 This past January, the U.S. Department of Justice (DOJ) completed a formal investigation into the Chicago Police Department (CPD), specifically the misuse and overuse of force in ways that violate the civil rights of Illinois residents. The DOJ found there was “reasonable cause to believe” that CPD officers routinely took part in acts that “unnecessarily endanger themselves and result in unnecessary and avoidable uses of force.” This was not the result of a few bad officers, the DOJ said, but rather a system-wide “failure to train officers in de-escalation and the failure to conduct meaningful investigations of uses of force.”

There are many cases where police not only use excessive force, they turn around and charge the victim with a crime, such as assault and battery. Sadly, many of these victims-turned-defendants suffer from mental illness. The DOJ report noted that many law enforcement officers are not properly trained to deal with “complex situations” involving people with mental health problems and, as a result, the situation quickly escalates.

This appears to have been the case for one Chicago-area man who was charged, tried, and convicted of battery. In December 2010, the defendant called 911 and requested an ambulance. Two paramedics responded. When they arrived, they found the defendant was “a little bit nervous and kind of upset,” and he refused to believe the paramedics were who they said they were. One paramedic later testified in court that the defendant “was not rational” and “might be suffering from some type of psychological issue.”

When the defendant continued to resist, the officers tased him “about 10 times” with 50,000 volts of electricity. After the police finally subdued the defendant, he was charged with battery—one of his kicks made contact with a police officer—and resisting arrest.

Although a jury found the defendant guilty, the Illinois First District Appellate Court said there were “several errors that occurred during trial” that warranted reversing the conviction and barring a retrial. The key problem, according to the Appellate Court, was that there was “an abundance of evidence” suggesting the defendant lacked the requisite mental capacity—“mens rea” in legal terms—to commit battery. To the contrary, the defense presented evidence that the defendant was actually having a seizure when the police tased him.

Have You Been Accused of Assault or Battery?

In the end, the Appellate Court said “this prosecution was a waste of time and money.” The court suggested that all law enforcement officials “should receive training to enable them to distinguish between those responsible for their actions and those, like [the defendant], whose vulnerable and abnormal mental state causes them to act in uncooperative or confused ways.”

No one should ever have to call for medical attention and end up facing criminal charges. If you or a loved one has been charged with assault and battery and require assistance from an experienced Orland Park criminal defense attorney, call the Fotopoulos Law Office, today.