How the “Surveillance Location Privilege” can Compromise a Criminal Defendant's Rights 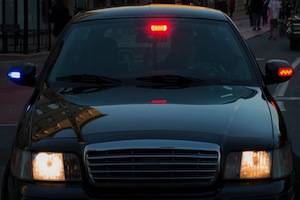 The Constitution affords all criminal defendants, such as those facing drug charges, the right to “confront” the witnesses against them. This means that if you are arrested and charged with a crime, you have the right to cross-examine the arresting officer and any other prosecution witnesses at trial. However, law enforcement often tries to undermine a defendant's right to confrontation by withholding information that might benefit the defense and undermine the prosecution.

Some Illinois courts recognize what is known as a “surveillance location privilege.” This often comes up in the context of drug cases where a police officer on stake out claims to observe illegal activity. At trial, the prosecution then argues that the officer should not be required to disclose his or her “secret” surveillance location.

Although the Illinois Supreme Court has never expressly approved of the surveillance location privilege, the state's intermediate appellate courts do. The privilege itself is not unlimited but rather must be assessed on a case-by-case basis.

Consider a recent example. In this case, the defendant was arrested, tried, and convicted of possession of a controlled substance and sentenced to nine years in prison. During pre-trial discovery, the defendant asked the prosecution to disclose the exact surveillance locations of the police officers who allegedly observed him engaging in a narcotics transaction. The state refused, citing the privilege, and the judge agreed that disclosure of the police officer's surveillance location “would harm the public interest.”

The Illinois First District Appellate Court disagreed and reversed the defendant's conviction. The burden is on the prosecution to justify the invocation of the privilege, the appeals court noted, which is generally done in a closed hearing in the trial judge's chambers. The trial judge here did conduct such a hearing, but no transcript was made. The Appellate Court was therefore unable to review exactly “what evidence was presented” to determine if the prosecution, in fact, met its burden.

Beyond that, the First District also said the trial judge erred by not affording the defendant a chance to rebut the prosecution's evidence in support of its privilege claim. A trial court is required to “balance the public interest in keeping the [surveillance] location secret against the defendant's interest in preparing a defense.” Here, the Appellate Court said the trial court “abused its discretion” by failing to perform this constitutionally necessary balancing test.

Have You Been Charged With a Crime?

If you are facing a criminal charge and the possibility of spending several years in prison, it is essential that you have qualified representation. Speak with an experienced Orland Park criminal defense attorney. Contact the Fotopoulos Law Office, today.