Home
Articles
Should I Allow the Police to Search My Car Without a Warrant?

Should I Allow the Police to Search My Car Without a Warrant? 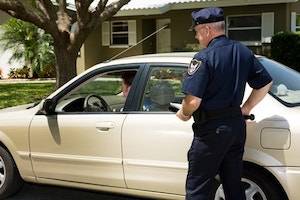 A good criminal defense lawyer will always tell you two things: Never voluntarily answer police questions—remember, you have the right to remain silent—and never consent to a warrantless search of your car. If you are pulled over on a traffic stop, you must provide the officer with your license, registration, and insurance information. But you do not have to answer any questions, even something basic like, “Where are you going?”

Remember, police are trained to be suspicious. Even in the context of a routine traffic stop, officers are looking for any possible sign of criminal activity, such as DUI or drug trafficking. Mere suspicion, however, does not justify an arrest or even a search of your vehicle.

However, your own statements can negatively impact you. For example, a man was recently sentenced to 12 years in prison after police found more than 27 pounds of marijuana in his car. What makes this case notable is the defendant actually consented to the search of his vehicle after the police officer completed a routine traffic stop and told him he was free to go.

At trial, the defendant moved to suppress the search as a violation of his constitutional rights. The judge denied the motion and the defendant was ultimately convicted. The Illinois Third District Appellate Court upheld the conviction by a 2-1 vote.

The majority noted the defendant “was unequivocally told he was free to leave.” Instead he chose to remain on the side of the road and “eventually consented—twice—allowing [the officer] to search his vehicle.” The officer, according to the majority, did nothing to unduly prolong the traffic stop or coerce the defendant into consenting to the search.

The dissenting judge had a slightly different take. He noted that “any reasonable person, evaluating the totality of these circumstances, would have realized that the stop had not ended and would have concluded, despite [the officer's] representations to the contrary, that he or she was not free to leave.” As this judge saw it, the officer's “show of authority” rendered the defendant's consent “mere acquiescence.”

Are You Facing Serious Drug Charges?

Even if the dissenting judge's view of what happened in this case was correct, the defendant probably did himself no favors by talking with the officer in the first place. When the police tell you that “anything you say can and will be used against you,” they mean it. Your best course of action is almost always to say nothing. If you are detained or arrested, contact an experienced Orland Park drug crimes defense attorney. Call the Fotopoulos Law Office, today if you need immediate legal assistance.