Home
Articles
The Difference Between Assault and Battery in Illinois

The Difference Between Assault and Battery in Illinois 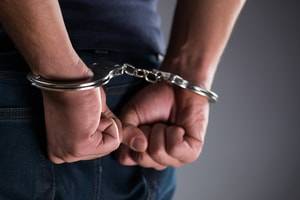 Assault and battery are two terms that are commonly used as synonyms for one another in everyday conversation. In the legal world, assault and battery are two separate criminal offenses that have different definitions and carry different sets of punishments for committing them. In Illinois, assault and battery crimes are taken seriously and can be either a misdemeanor or felony charge, depending on the circumstances. Punishments can range from probation to prison time, which is why it is important to seek legal counsel if you have been charged with either crime.

In Illinois, assault is defined as any action that puts another person in “reasonable apprehension” of being physically hurt, Reasonable apprehension refers to the way the majority of people – or a reasonable person – would react to such actions. Basic assault is a Class C misdemeanor, which means you can face $75 to $1,500 in fines, up to 30 days in prison or up to two years of probation. Unless you are sentenced to jail time, you will also have to serve between 30 and 120 hours of community service.

Certain situations can also elevate assault charges to aggravated assault, which typically carries harsher punishments. An aggravated assault charge can be based on the location where the assault took place, the status of the person who was assaulted (such as a police officer) and whether or not a firearm or motor vehicle was used in the assault. Aggravated assault can be charged as a Class A misdemeanor to a Class 3 felony. This means you could face between one and five years in prison, fines between $75 and $25,000 and up to 30 months of probation.

Battery occurs when a person causes physical harm or makes physical contact of an insulting or provoking nature to another person. Battery is a Class A misdemeanor, which carries punishments of up to $2,500 in fines, up to one year in prison and up to two years of probation.

Contact Our Will County Assault and Battery Defense Lawyers Today

While assault is somewhat of a lesser crime than battery, a conviction for either crime can still result in serious consequences. If you have been charged with either assault or battery, you need trusted legal representation from a Joliet, IL, assault and battery defense attorney. At the Law Office of John S. Fotopoulos, P.C., we understand how a criminal conviction can change your life, which is why we strive to avoid a conviction at all costs. Call our office at 708-942-8400 to schedule a free consultation today.