Understanding Common Causes for Car Accidents in the United States 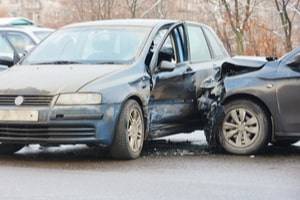 Many Americans rely on motor vehicles being their primary form of daily transportation to get to where they need to go. Unfortunately, this means it is not unusual for car accidents to occur every once in a while. According to information from the National Highway Traffic Safety Administration (NHTSA), there were estimated to be more than 6.7 million traffic crashes that were reported to police in 2018. Around 71 percent of traffic crashes were property damage only, but there were still many crashes that resulted in bodily injury. More than 2.7 million people were injured in traffic crashes and nearly 37,000 people were killed.

These numbers have decreased since the 80s and 90s due to an increase in safety education, safety features of vehicles, and advertising campaigns. Even so, agencies like the NHTSA strive to understand the common causes of car accidents so that they can continue to educate people and reduce the number of traffic crashes.

In 2018, there were more than 10,000 fatalities attributed to alcohol-impaired driving alone. This amounts to around 29 percent or nearly a third of all traffic fatalities. Because of the deadliness of drunk driving, many campaigns over the years have been centered around not drinking and driving, alternatives to drinking and driving, and the severity of the consequences if you do. Alcohol-related driving accidents are often serious and can also result in extreme bodily injury and property damage.

Smartphones and other handheld devices have been commonplace since the mid-2000s, contributing to the rise in distracted driving accidents. Many times, drivers become distracted by their cell phones or other devices when they are supposed to be focusing on the road. This leads to serious accidents that are usually preventable and can cause serious injuries for those involved.

Speeding is something we all have probably done at some point. While speeding usually results in a ticket, it can also result in an accident in some circumstances. These accidents are also usually rather severe, especially if the driver was speeding excessively. The NHTSA reported that there were around 9,300 deaths related to speeding in 2018.

Car accident injuries can range in severity from minor bruising or broken bones to serious internal injuries such as brain injuries or other soft tissue injuries. If you have been hurt in a car accident by the fault of another, you deserve to have your pain and suffering compensated. At the Law Office of John S. Fotopoulos, P.C., we can help you recover financial compensation for your injuries, medical expenses, and even lost wages. To schedule a free consultation with our Tinley Park, IL, car accident injury lawyers, call our office today at 708-942-8400.