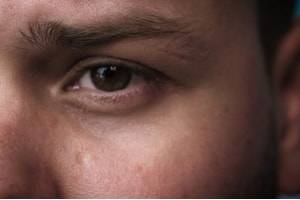 Before police even pull you over for a DUI stop, they will be watching your actions and the way you are driving to determine if a traffic stop is needed. The police officer will be looking for signs of alcohol impairment, such as failing to maintain proper lane position, speeding and braking problems, poor judgment and lack of vigilance. Once the officer believes they have enough evidence to initiate a traffic stop, they will pull you over and may ask you to step out of the vehicle. If the officer suspects that you might be under the influence of alcohol, they will ask you to complete a series of tests, which are called field sobriety tests. These can be standardized or non-standardized, although standardized field sobriety tests tend to hold up better in court because they have been extensively studied.

Standardized field sobriety tests have been studied and determined to be fairly accurate in determining if someone is impaired by alcohol. An officer will ask you to perform these tests during almost every traffic stop for suspicion of DUI. There are three types of field sobriety tests that are considered to be standard:

The type of tests that officers use typically depends on the specific police department they work for and that department’s policies. Illinois police have been known to use other non-standardized tests during DUI traffic stops, which you may be able to challenge in court. These tests include:

You have the right to refuse a field sobriety test. If you do agree to the test, there may be reasons other than intoxication that you performed poorly. Illinois has some of the strictest DUI laws in the country, which is why it is important that you contact a skilled Tinley Park, IL, DUI defense attorney if you have been charged with driving under the influence. At the Law Office of John S. Fotopoulos, P.C., we will do whatever we can to get you the best outcome possible. Do not hesitate – call our office today at 708-942-8400 to schedule a free consultation.