Home
Articles
What are My Options for Driving After an Illinois DUI Arrest?

What are My Options for Driving After an Illinois DUI Arrest? 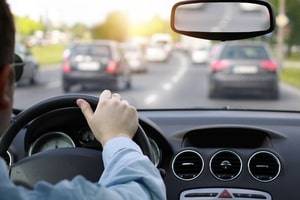 If you are convicted of driving under the influence in Illinois, you will lose your driving privileges. In fact, you can lose your driving privileges before you are convicted if you fail a chemical sobriety test by having a blood-alcohol content (BAC) greater than 0.08 or if you refuse to take the test during your arrest. This is called the statutory summary suspension and is an administrative driver’s license revocation that is separate from your criminal case. The amount of time that your license is suspended for depends on the nature of your arrest. For example, if you refuse to take a chemical test, your license will be suspended for longer than if you had simply just failed the test.

The Illinois Secretary of State is the governing body that is responsible for the administrative driver’s license revocations. The Secretary of State understands that not being able to drive can create hardship for some people, which is why they have provided a way to allow those with suspended licenses to still be able to drive. If your license is suspended because of a DUI charge, you have two options: a monitoring device driving permit (MDDP) or a restricted driving permit (RPD).

For most first-time DUI offenders, an MDDP is the favorable option. To receive an MDDP, you must have a breath alcohol ignition interlock device (BAIID) installed onto your vehicle. A BAIID is a device that requires you to provide a breath sample before you can start your vehicle and periodically while you are driving. An MDDP allows you to drive anywhere at any time – as long as you are driving a vehicle that has a BAIID equipped. Only people without a previous DUI conviction are eligible to receive an MDDP, but not those who are under the age of 18 or caused death or great bodily harm during the DUI.

If you have previous DUI convictions, you will have to apply for an RDP if you want to drive during your suspension. Like MDDP’s, RDP’s require the use and installation of a BAIID to be in compliance. To obtain an RDP, you may have to prove that hardship has resulted from not being able to drive. You may also have to prove that you are seeking remedial education or treatment and/or a professional drug/alcohol evaluation. To receive an RDP, you will also have to appear at a hearing at the Secretary of State’s office to prove that you would not be a threat to other drivers if you were permitted to drive. If you receive an RDP, you may be limited in the places you can drive to, such as:

A Tinley Park, IL, DUI Defense Attorney Can Help You Understand Your Options

If you have been arrested because you were suspected to have been driving under the influence, you should contact a skilled Cook County DUI defense lawyer as soon as possible. At the Law Office of John S. Fotopoulos, P.C., we understand how difficult your life can become if you are unable to drive. Our skilled attorneys can help you understand the options available to you and walk you through the process of receiving a temporary driving permit. Call our office today at 708-942-8400 to schedule a free consultation.