Home
Articles
What Does the Right to a “Speedy Trial” Mean in Illinois?

What Does the Right to a “Speedy Trial” Mean in Illinois? 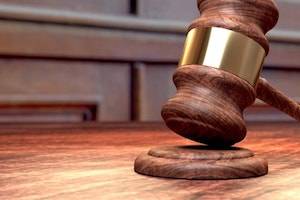 You probably know that the United States Constitution guarantees your right to a “speedy trial” if you are accused of committing a crime. The Illinois state constitution has a similar requirement. But what exactly constitutes “speedy?”

Illinois also has what is known as a “compulsory joinder” rule designed to help protect a defendant's right to a speedy trial. This means that the state must bring multiple charges arising from the same arrest or act in a single prosecution. In other words, if you are arrested and accused of two crimes, the state cannot wait for the outcome of the trial of the first charge before trying you on the second one.

For example, in a 2013 case, Chicago police arrested a defendant after a search found both marijuana and an illegal handgun. The state initially charged the defendant with only drug possession. Several months later—175 days after the defendant demanded a trial on the drug charge, to be precise—prosecutors attempted to add several new charges related to the handgun. The Illinois Supreme Court ultimately held this violated the compulsory joinder rule and dismissed the gun charges.

To get around the Supreme Court's earlier ruling, the prosecutors in this case maintained that counterfeiting “cannot count as the same act as possessing drugs” for purposes of the compulsory joinder rule. The appeals court did not buy this at all. To the contrary, the court explicitly stated the law was not “intended to reward prosecutors for piecemeal litigation that harasses a defendant, as long as the State artfully pleads offenses discovered at the same time as separate acts committed at separate times.”

Have You Been Charged With Drug Possession in Illinois?

Prosecutors often resort to legal trickery to convict a defendant. Do not let them get away with it. If you have been charged with a drug crime, you should seek immediate assistance from an experienced Orland Park criminal defense attorney. Call the Fotopoulos Law Office, today to speak with an attorney about your case.

The People of The State Of Illinois, Appellant