Home
Articles
What is Reckless Driving and What are the Penalties for it in Illinois?

What is Reckless Driving and What are the Penalties for it in Illinois? 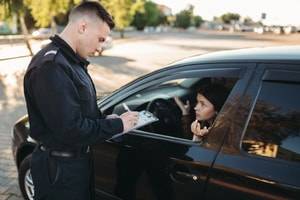 If you are a driver in the United States, it is very likely that you will be pulled over by the police at some point during your driving years. Police cannot pull you over just for fun – they have to have a reason to do so. Most of the time, the reason they pull you over is because of a minor traffic infraction that results in a fine. Depending on why they pulled you over, the ticket can result in more severe consequences, such as criminal charges. Illinois has various traffic violations that can result in criminal charges, and one of those charges is reckless driving.

Reckless driving is a charge that encompasses many behaviors. According to Illinois’ criminal statutes, reckless driving can be charged when a person:

Reckless driving is a Class A misdemeanor, which is the most serious class of misdemeanor crimes. This carries up to one year in jail and up to $2,500 in fines. Depending on the circumstances of your case, you could be charged with a felony. Reckless driving charges become a Class 4 felony if you cause another person great bodily harm or permanent disability or disfigurement. The charge can also be a Class 4 felony if you injure a child or an on-duty crossing guard. Class 4 felonies carry a sentence of up to three years in prison and up to $25,000 in fines. If you cause a child or crossing guard to suffer from permanent disability or disfigurement, then your charge could be elevated to a Class 3 felony, which carries a sentence of up to five years in prison and up to $25,000 in fines.