What Makes an Illinois DUI Charge an Aggravated DUI? 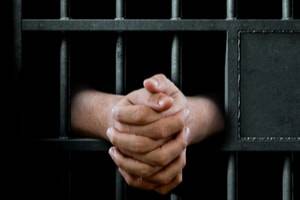 A Class 4 felony is the least serious classification of felony charges, though a conviction can still carry a sentence of one to three years in prison and up to $25,000 in fines. Examples of Class 4 felony aggravated DUI charges include:

Class 2 felony convictions carry possible sentences of three to seven years in prison and up to $25,000 in fines. Examples of Class 2 felony charges include:

A Class 1 felony DUI carries a possible sentence of four to 15 years in prison and up to $25,000 in fines. A fifth DUI conviction is a Class 1 felony.

This is the most serious type of felony charge and carries a possible sentence of six to 30 years in prison and up to $25,000 in fines. An example of a Class X felony as it relates to DUI would be a sixth or subsequent conviction for DUI.

Getting charged with a DUI is always a serious matter, but an aggravated DUI means you are being charged with a felony, which comes with harsher consequences. At the Law Office of John S. Fotopoulos, P.C., we can help you determine the best course of action for a defense for your case. Our skilled Tinley Park, Illinois, DUI defense lawyers will fight to get your charges reduced, or dropped altogether. Call our office today at 708-942-8400 to schedule a free consultation.