Home
Articles
What Should I do if I am Falsely Accused of Domestic Violence?

What Should I do if I am Falsely Accused of Domestic Violence? 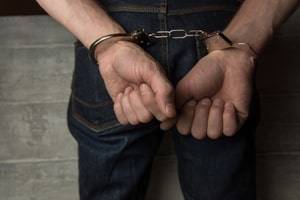 In recent years, more attention has been given to certain social issues such as intimate partner abuse, sexual assault, and domestic violence. This movement has brought about awareness of these issues and has created a mostly positive change in the culture of the country. There are people, however, who believe that the current culture allows any allegations of such misconduct to be taken at face value, which can end up convicting those accused of domestic violence, regardless of whether or not they actually committed the crime.

Remember Your Right to Remain Silent

If you have been arrested because of a domestic violence allegation, it is important to remember that you have the constitutional right to remain silent. After you are arrested, the cops will probably try to have a conversation with you in the hopes that you will give up information about what happened. If this happens, you should inform the officer that you do not want to speak with him or her until you have your attorney present.

Do not Violate any Orders of Protection

There are many domestic violence situations that include orders of protection. These are often called restraining orders because they usually prohibit or restrain a person from doing things such as contacting someone who has accused him or her of domestic violence. If a judge believes there is good reason to grant an order, they will do so. Violating an order of protection can result in serious consequences and further criminal penalties.

Allegations for crimes such as domestic violence are taken very seriously by law enforcement. While this is good for victims of actual domestic violence, this can be problematic for people who are falsely accused of domestic violence. At the Law Office of John S. Fotopoulos, P.C., we believe that everyone should be judged as innocent until they are proven guilty. Our team of knowledgeable Orland Park, IL, domestic violence defense lawyers is here to fight for your innocence. We offer free consultations. To schedule a time to discuss your case, call us today at 708-942-8400.