Home
Articles
When is an Illinois Doctor Liable for Failing to get a Patient's “Informed Consent”?

When is an Illinois Doctor Liable for Failing to get a Patient's “Informed Consent”? 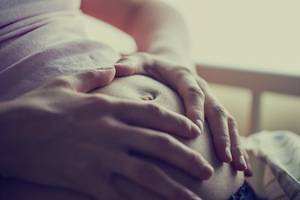 Medical malpractice involves more than a physician's negligence. A doctor can be held liable if he or she fails to inform the patient about the “general nature” of a procedure and the patient is subsequently injured. Informed consent in this context includes explaining the “risks involved, the prospects of success, the prognosis if the procedure is not performed, and alternative treatments."

Informed consent often comes up when dealing with birth injuries. There are cases where a doctor fails to properly warn an expectant mother of the risks of natural childbirth. As a result, the child may be injured during delivery and suffer lifelong consequences.

A recent Illinois appellate court decision addresses the exact issue. In this case, a now-11-year-old child was injured during natural childbirth. Specifically, the child suffered what is known as shoulder dystocia. This is where a newborn's shoulder essentially gets stuck during delivery and requires manipulation. In some cases, dystocia causes permanent injury to the child. Sadly, that was the case here, as the child sustained a clavicle fracture and “extensive” nerve damage.

The parents filed a medical malpractice lawsuit on behalf of their child. They alleged the obstetrician who delivered the child was negligent by failing to properly inform them about the increased risk of shoulder dystocia given the child's “increasing weight” prior to birth. The mother maintained that she would have opted for a Cesarean section had it been presented as an option.

The case proceeded to trial, but after the plaintiffs rested, the judge granted the defendant's motion for a partial directed verdict on the issue of informed consent. The parents appealed to the Illinois Fourth District Appellate Court, which agreed with them that the directed verdict was improper. The Appellate Court returned the case for re-trial.

The defendant—and the trial court—said the parents had to offer “expert testimony” to prove that a “reasonable person” in the mother's position “would not have opted for a vaginal birth” if that had been presented as an option. The Fourth District disagreed. While expert evidence is generally required to establish a physician's negligence and the “causal connection” between said negligence and a victim's injury, the Appellate Court said there was little value to an expert's opinion as to how a “reasonable person” would react “when faced with various medical options.” Indeed, the Appellate Court said such testimony was not “relevant or admissible.”

A birth injury is a serious matter. You and your child may face a lifetime of medical bills and special care requirements as a result of a physician's negligence. This is why it is important to take immediate action. Call the Fotopoulos Law Office, today if you need to speak with an experienced Orland Park medical malpractice attorney who can help you and your family fight for the compensation you deserve.