Home
Articles
When is an Illinois DUI Charged as a Felony?

When is an Illinois DUI Charged as a Felony? 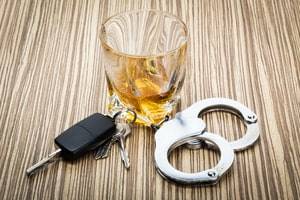 The state of Illinois is relatively strict when it comes to DUI offenders and there are many consequences that come with a DUI conviction. Even for a first-time DUI conviction, you face jail time, monetary fines, and a loss of your driving privileges for at least a year. Most DUI offenses are charged as a misdemeanor crime, but it does not take much to elevate the charge to a felony crime. Being convicted of a felony crime carries more consequences than a simple misdemeanor, which is why it is important to speak with a knowledgeable DUI defense attorney if you face charges.

When it comes to basic DUI’s, both first and second convictions are considered to be misdemeanor charges. Both are charged as Class A misdemeanors, which carry possible jail time of up to one year, up to $2,500 in fines or a combination of both. A first or second DUI will not be charged as a felony crime unless another factor was present. For example, if you were caught with a child in the vehicle while you were driving under the influence and the child suffered injuries from a crash, you will be charged with a Class 4 felony.

Third and subsequent DUI offenses are automatically classified as a felony or aggravated DUI. Third offense and fourth offense DUI’s are charged as Class 2 felonies, which carry a possible sentence of three to seven years in prison and up to $25,000 in fines. Consequences can increase all the way to a Class X felony for a sixth or subsequent conviction, which means you face six to 60 years in prison.

Other situations can cause a DUI offense to be classified as a felony, such as a DUI resulting in bodily harm or death, a DUI by someone who does not have a valid driver’s license or a second offense of a DUI transporting a child under the age of 16.

A DUI conviction is one mistake that can follow you for the rest of your life. If you have been charged with any type of DUI, whether it is a misdemeanor or felony charge, you need to speak with a skilled Tinley Park, IL, DUI defense lawyer right away. At the Law Office of John S. Fotopoulos, P.C., we have more than 15 years of experience representing clients in their DUI cases. To schedule a free consultation, call our office today at 708-942-8400.