If you were injured in a serious accident, you have a right to pursue compensation from the person or entity that was responsible. If you have been charged with a crime, you have a right to build the strongest possible defense to protect your liberties. In either of these potentially life-changing situations, there is no substitute for knowledgeable and assertive legal representation. Orland Park personal injury lawyer John S. Fotopoulos at Fotopoulos Law Office will fight for all the compensation that you deserve after a car crash, an injury on the job, an incident of medical malpractice, or another accident. Mr. Fotopoulos also advocates for criminal defendants throughout DuPage and Will Counties who have been charged with DUI, assault, drug offenses, sex offenses, and other crimes.

While numerous factors can contribute to car accidents, most accidents arise at least in part from unsafe driving. For example, a driver may speed recklessly, fail to obey a traffic signal or stop sign, get distracted by texting, or drive while intoxicated. A person injured in a car accident can pursue compensation from the driver who caused the accident. Even if the victim was partly at fault, they still can recover some damages if their fault did not exceed the fault of the defendant. Our Orland Park personal injury attorney knows how to maximize a victim’s compensation.

Commercial trucks weigh many tons, and when they are involved in accidents, they typically cause catastrophic harm. Often, truck accidents are caused by a truck driver’s failure to comply with safety regulations, such as limitations regarding drive times and truck weights, or requirements for truck inspections. Thus, in many cases, the truck driver will be liable for harm caused by a truck accident. Additionally, since truck drivers typically work on behalf of trucking companies, the driver’s employer may be liable as well if the accident happened while the driver was on the job.

Motorcycles lack the external protection of other vehicles. Therefore, when a motorcyclist is involved in an accident, they may suffer substantial injuries. For example, motorcycle accidents can cause fractures, traumatic brain injuries, paralysis, internal bleeding, and amputations. People injured in motorcycle accidents may be able to recover compensation for their economic and non-economic harm with the assistance of an Orland Park personal injury lawyer. Economic harm includes the cost of any medical treatment, out-of-pocket expenses, lost wages, and the cost to repair damaged property. Non-economic harm largely consists of the pain and suffering caused by the accident.

People routinely rely on health care providers to prevent and treat their medical issues, but not all providers offer competent care. People harmed by inadequate medical care may be able to recover compensation via a medical malpractice lawsuit. Generally, to recover damages for medical malpractice, a plaintiff must show that the defendant had a duty to provide treatment that complied with the applicable standard of care, but the defendant deviated from the standard. The plaintiff must also show that he or she suffered harm due to the deviation. Most medical malpractice cases involve retaining one or more experts to prove liability and damages.

Many people call upon nursing homes to care for loved ones who can no longer care for themselves. While most nursing homes provide attentive and thorough care, some nursing home residents unfortunately become victims of abuse. Potential signs of abuse include dehydration and malnutrition, cognitive decline, bruising, bed sores, frequent falls, and depression. In many instances, a nursing home will dispute that a resident has been abused and will argue that the resident’s health issues were caused by a pre-existing condition. A personal injury attorney in the Orland Park area can carefully review the resident’s medical records to build a case for liability.

Workplace injuries can impair a person’s ability to earn a living and require substantial medical treatment. Fortunately, the workers’ compensation system in Illinois provides certain benefits to injured employees without requiring them to prove negligence or fault by their employer. A person must be an employee and must be engaged in the course and scope of his or her job duties at the time of the injury to recover benefits. Benefits recoverable include medical care, disability benefits, and vocational rehabilitation.

Being charged with a crime is an unnerving experience, and people may feel overwhelmed by the criminal justice system. Criminal defendants have many rights, however, which may help them retain their liberties. For example, defendants have a right to be represented by an attorney at each stage of the proceedings, and they cannot be forced to testify against themselves or be coerced into a confession. Other protections include a right to a speedy trial and limits on searches and seizures of evidence by law enforcement.

Under Illinois law, it is illegal for anyone to drive while under the influence of alcohol or drugs or with a blood alcohol content of 0.08% or higher. Most DUI arrests arise out of traffic stops conducted by police officers. The police must have a reasonable suspicion that a driver committed a crime or violated a traffic law prior to stopping the driver. If they do not, the stop may constitute a violation of the driver’s constitutional rights, and any evidence obtained during the stop may be inadmissible. Other defenses to DUI charges may involve challenging the process by which the driver’s intoxication was tested.

Illinois law criminalizes the possession, manufacturing, and distribution of many controlled substances, including cocaine, heroin, and methamphetamines. Drug crimes range in severity from misdemeanors to felonies, depending on the type and quantity of the drug in question. For many drug crimes, to obtain a conviction, the prosecution must prove beyond a reasonable doubt that the defendant knowingly possessed an illegal substance and that he or she was in control of the substance. A criminal defense attorney may be able to argue that the defendant did not have the required mental state or did not have control of the substance. In other cases, law enforcement may not have followed constitutional rules in seizing evidence of the drugs.

Violent crimes are often considered more serious than other crimes because they can cause bodily injuries or death. In some cases in which a person is charged with a violent crime, even if the prosecution can prove each element of the charged offense, the defendant may be found not guilty if his or her acts were justified. Under the principle of self-defense, a person has the right to use force if it is necessary to protect them or someone else or the person’s home or property. The person must be faced with an imminent threat of harm, however, and must use only the amount of force necessary for protection.

People convicted of sex crimes not only may face prison terms but also may need to register as sex offenders, which can permanently affect their liberties and their reputation. In most instances in which a person is charged with a sex crime, the prosecution must prove that the defendant did not have the alleged victim’s consent. Thus, if the defendant can present evidence that the alleged acts were consensual, the defendant may be found not guilty. Consent is not a defense that can be asserted in cases involving sex crimes against children, but other strategies may prove effective, such as establishing an alibi or attacking the credibility of prosecution witnesses.

If you need to pursue compensation for injuries or defend against criminal charges, it is critical to retain a knowledgeable attorney who will fight tirelessly on your behalf. Attorney John S. Fotopoulos understands how much is at stake in these matters, and he can provide you with vigorous representation. Mr. Fotopoulos represents people who need a personal injury lawyer in the Orland Park area or elsewhere in DuPage County and Will County. He also assists criminal defendants throughout these counties. You can contact Mr. Fotopoulos via the online form or by calling the Orland Park office at 708-942-8400 or the Joliet office at 815-373-5100 to schedule a confidential consultation. 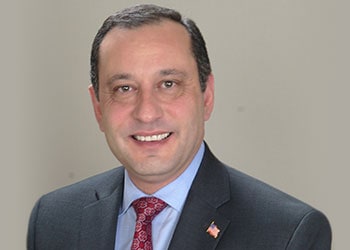 John S. Fotopoulos established his law firm on two simple firm principles: to have competitive rates allowing everyone to afford the advice they need and to have legal counsel that is always available for clients.

VIEW MORE
Client Reviews
★★★★★
John Fotopoulos is a very knowledgeable and professional attorney. I am a client and have referred him many close friends and family to John. I would recommend John Fotopoulos to anyone who needs help with personal Injury and criminal justice. I have know John Fotopoulos for over 15 years and he has always put his clients first. Colette G.
★★★★★
John is one in the most professional attorneys out there. His personal approach to his clients is amazing. He does whats best for you, even if its not what you want to hear. This approach and his availability to be reached whenever you need him, makes John the only attorney youll ever need. Mark
★★★★★
John is very dedicated to his clients and his work. He is extremely knowledgeable, responsive and thorough. It is hard to find a lawyer that you can trust and depend on, John is that lawyer. He goes above and beyond to make the most difficult times less difficult. Kris T.
View More
Submit a Law Firm Client Review
Contact Us