Home
Articles
Do Illinois Police Know the Difference Between a Diabetic and a Drug User?

Do Illinois Police Know the Difference Between a Diabetic and a Drug User? 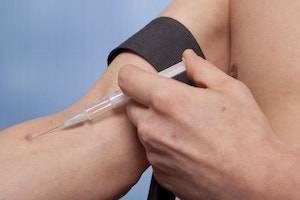 Officer Lacked “Probable Cause” Based on Questionable Drug Test

This can be a problem when an officer lacks appropriate training and simply jumps to the conclusion that a driver was using drugs without adequate proof. Given that a drug arrest can not only lead to a criminal charge, but also carries a “civil penalty” in the form of an automatic driver's license suspension, such mistakes can be devastating to innocent individuals.

Consider a recent Illinois case. In September 2015, a police officer for a small village outside of Joliet received a call reporting “an unconscious person in a vehicle who was possibly having a seizure.” Upon arriving at the scene, the officer found the person—the defendant in this case—under the care of paramedics.

The officer, who had no formal drug training of any kind, saw a discarded energy drink can inside the defendant's car. The officer said the can “had been either cut or tore in half” and there were burn marks in the interior. The officer said there was also some brown “residue” on the bottom of the can. He tested the residue using a roadside testing kit designed to detect cocaine.

This was the first time the officer ever performed such a test. The residue turned the test device blue, which he was told “indicated the presence of opiates.” Cocaine, however, is not an opiate.

The officer never conducted any field sobriety tests on the defendant himself. Instead, the officer spoke with paramedics about the defendant's condition. While the paramedics said there was no evidence of intoxication, they did note he had a “fresh track mark” on his arm, indicating the recent use of a needle. The officer later placed the defendant under arrest at the hospital.

The arrest led to an automatic suspension of the defendant's driver's license. He challenged the suspension, arguing the officer lacked “probable cause” for the arrest. The defendant said he was a diabetic, and the track marks were the result of his insulin injections.

The courts agreed with the defendant. The Illinois Third District Appellate Court, upholding a trial judge's earlier ruling, said there was no evidence the defendant was actually “under the influence” of drugs at the time of his arrest. The court noted the officer's admission that “he had no training in DUI of drugs,” and the defendant's uncontested statement that he is a diabetic. Indeed, the court noted the officer “would not have known the difference between a diabetic reaction and a reaction to drugs.”

It is important to note that suspension of a driver's license and criminal DUI are separate proceedings under Illinois law. You can be found guilty of one but not the other. This is one reason why you should work with an experienced Orland Park DUI defense attorney. Contact the Fotopoulos Law Office, P.C, today if you have been charged with a DUI and need help right away.