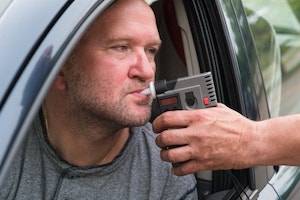 When an Illinois police officer suspects you of DUI, you may be asked to take one or more field sobriety tests. By law you do not have to agree to such tests. Moreover, if you take a test and “fail,” based on the officer's judgment, it may be used against you as evidence in court.

However, not all field sobriety tests are afforded the same weight by judges. Nor does failure necessarily prove that you were intoxicated above the legal limit in Illinois. Therefore, it is important to challenge any test result that may be inaccurate or improperly administered by the police.

Consider a recent DUI case from Peoria County. The defendant was riding his motorcycle when he crashed. A local police officer responded at the scene and cited the defendant for numerous traffic violations and charged him with DUI.

The basis for the DUI arrest was a common field sobriety test known as a Horizontal Gaze Nystagmus (HGN). You have probably seen this test before: It is when a police officer flashes a penlight in your eyes and asks you to follow the light as it moves. Normally, if you look sideways at an angle greater than 45 degrees, your eyes automatically twitch. But if you have alcohol in your system, a twitch can occur when the light is held at less than a 45-degree angle.

The officer claimed the HGN result proved the defendant had a blood-alcohol level above 0.08 percent, the DUI limit in Illinois. The trial judge said that was wrong as a matter of law and granted the defendant's motion to suppress evidence and quash the DUI arrest. The prosecution appealed, but the Illinois Third District Appellate Court affirmed the trial judge's ruling.

Many states will not admit HGN test results as evidence in DUI cases. The Illinois Supreme Court, in a 2010 decision, said HGN results are admissible, but only “for the purpose of proving that a defendant may have consumed alcohol.” It is not evidence of a specific blood-alcohol level. Additionally, in this case, the Third District said the prosecution failed to prove the police officer even “possessed the expertise to properly understand the results of the HGN testing.”

Have You Been Charged With an Illinois DUI?

Police officers are not perfect. They often rely on incomplete training and jump to conclusions that are not supported by the evidence. If you are charged with a DUI, you have every right to cross-examine the police and the methods they used to justify your arrest. An experienced Orland Park criminal defense attorney can help make sure the police and the courts respect your rights. Call the Fotopoulos Law Office if you need help today.