How the “Presumption of Innocence” Helps You in a Criminal Trial 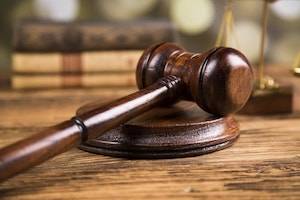 The most basic principle of the criminal justice system in Illinois is the presumption of innocence. Whether you are charged with a DUI, sexual assault, or murder, state law provides that “[e]very person is presumed innocent until proved guilty.” In any criminal trial, the burden is therefore on the prosecution to establish the defendant's guilt beyond a “reasonable doubt.”

Can You Be Punished for “Taking the Fifth”?

It is important to understand how the burden of proof works in a criminal trial. If you are accused of a crime, you are not obligated to present any evidence in your defense. Of course, it may benefit you to do so, depending on the circumstances of the case. But at no point can a judge or jury demand that you “prove” you did not commit a crime. Aside from the fact it is difficult to prove a negative, it violates the plain language of Illinois law, which presumes the defendant's innocence.

Among other things, the presumption of innocence means that a judge or jury cannot infer your guilt based on your refusal to testify at trial. You are no doubt familiar with the phrase “Taking the Fifth,” a reference to the Fifth Amendment to the U.S. Constitution. This amendment states, in part, that no person “shall be compelled in any criminal case to be a witness against himself.” In other words, you do not have to say anything at your own trial.

If a judge does not give such an instruction, it may be grounds for reversing a conviction. The Illinois Supreme Court did just that in a recent case. A jury in La Salle County convicted the defendant of “resisting a peace officer,” a felony for which he received a two-year prison sentence. Specifically, prosecutors alleged the defendant poked a sheriff's deputy in the shoulder during a confrontation at the defendant's house. The deputy was attempting to serve a court order, and he testified that the defendant was “uncooperative and upset.” The trial ultimately came down to the testimony of the sheriff's deputy and his partners against that of the defendant and his family.

By itself, the trial judge's mistake would not warrant reversing the defendant's conviction. But it did here because, as the Supreme Court explained, the “evidence was so closely balanced” that the error “severely threatened to tip the scales of justice.” To be clear, the Supreme Court did not find the jury was biased, i.e. that it ignored the presumption of innocence. But, given the judge's mistake and the fact the case came down to which side the jury believed, the Court said it chose to “err on the side of fairness” and grant the defendant a new trial.

Get Help From an Illinois Criminal Defense Attorney

The presumption of innocence is not a legal technicality. It is an essential means of ensuring your right to due process under law. A qualified Orland Park criminal defense lawyer will make sure the courts respect your basic constitutional rights. Contact the Fotopoulos Law Office, today if you have been charged with a crime and need immediate legal assistance.