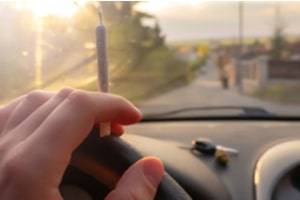 Many states across the country have legalized the use of recreational marijuana, with Illinois following suit. For Illinois, the beginning of the year brought the legalization of recreational marijuana, but it also brought concerns about marijuana-related DUI’s. Illinois now permits adults who are age 21 or older to purchase and consume cannabis, though the drug still remains highly controlled. Adults are only permitted to purchase and possess certain amounts of marijuana and are only permitted to ingest the drug in certain places. Like alcohol users, marijuana users are subject to charges if they are caught driving while under the influence.

The 2020 Illinois DUI Factbook states that drivers in Illinois are not permitted to operate a motor vehicle while impaired by alcohol or other drugs such as cannabis, whether it was used for medical or recreational purposes. Like alcohol, the state has placed a limit for what is considered to be a legal amount of THC (the intoxicating compound in marijuana) in a driver’s blood. While the intoxication limit for alcohol is a blood alcohol concentration of 0.08, the intoxication limit for THC is no more than 5 nanograms of THC per milliliter of blood or 10 nanograms of THC per milliliter of another bodily substance.

The issue with marijuana-related DUI’s is that they are not as clear cut as alcohol-related DUI’s. One of the reasons why marijuana-related DUI’s are a bit of a gray area is because there is no 100 percent accurate way of determining how intoxicated a person is when under the influence of cannabis. When it comes to alcohol, most people are impaired when their BAC is 0.08 or more. When it comes to the legal THC limit, some people can feel intoxicated with less than 5 nanograms of THC in their blood, while other people may sincerely not be intoxicated with more than 5 nanograms of THC in their blood. There is also the issue that traces of THC remain in a person’s body for weeks after using marijuana.

If you have been charged with a marijuana-related DUI, it is important to understand that you have options. Our knowledgeable Cook County DUI defense lawyers know that a prosecutor’s job of proving marijuana intoxication can be difficult. At the Law Office of John S. Fotopoulos, P.C., we understand how a DUI can impact your life and we will do everything in our power to help you. To schedule a free consultation, call our office today at 708-942-8400.

Minor Crashes and ‘Whiplash’ in the United States