Understanding the Importance of Probable Cause in DUI Defense Cases 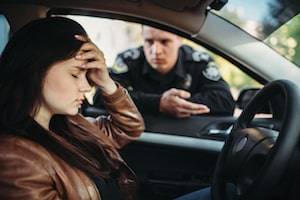 Police officers are tasked with protecting our communities. However, as with any person of authority, laws exist to direct how and when police officers can use their power. One of these constraints involves the concept of “probable cause.” In order to pull over a motorist, a police officer must have a good reason for doing so. If you are facing charges for driving under the influence (DUI), and the officer who arrested you did not have probable cause to pull you over, your case may be dismissed.

Reasonable Suspicion of a Crime

To legally pull someone over, a police officer must have a reasonable suspicion that the person has broken the law or soon will. The term “reasonable” in this context means that most officers of average training and experience would conclude that illegal activity has occurred or is about to occur. In order for a DUI arrest to be legally warranted, it must be reinforced by probable cause. Put another way, there must be some type of evidence that justifies the belief that the driver was intoxicated.

Some of the common reasons police officers pull over motorists and make DUI arrests include:

Illegal Stops and Driving Under the Influence Arrests

If evidence was unlawfully obtained by police or prosecutors, a criminal defendant may argue to have it suppressed. The “exclusionary rule” obliges the court to dismiss any evidence acquired after an illegal police stop – including the results of a sobriety test. In some cases involving unjustified traffic stops in which an officer did not have probable cause, the charges against the criminal defendant may be dropped entirely.