What You Should Know About Illinois’ New Recreational Marijuana Laws 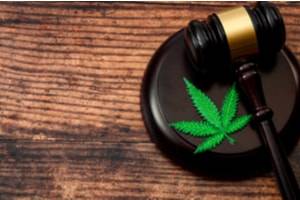 The United States has had a long and complicated history with marijuana. Though cannabis was widely used in different medicines throughout the 1800s, recreational use was not introduced to the U.S. until the early 1900s by Mexican immigrants, and the substance was soon strictly regulated and effectively illegal by 1937. Cannabis officially became a controlled substance in 1970 when an Act was signed into law that made marijuana a Schedule 1 drug.

After decades of criminalization, the uses for marijuana have finally begun to be re-examined and many states have legalized both the medicinal and recreational use of marijuana. Illinois was the 11th state to legalize the recreational use of marijuana in June, with the laws going into effect by January 1, 2020. It is important to understand these laws because you could face unwanted consequences and even criminal charges for any violations.

Illinois residents who are at least 21-years-old may purchase marijuana and marijuana-infused products starting in January. At the beginning of 2020, the only places that can sell recreational marijuana legally will be medical marijuana dispensaries. Near the middle of 2020, more licenses will be issued to new stores and cultivators.

Illinois residents will be allowed to possess:

Illinois visitors will be permitted to have half of those amounts.

The new law states that using marijuana will be legal in your own home and at some cannabis-related businesses, such as dispensaries. Using marijuana is still illegal in most places, including in schools, parks, streets, motor vehicles and near anyone who is younger than 21.

People who have prior convictions for possession of fewer than 30 grams of marijuana will automatically have their criminal records pertaining to that conviction pardoned and expunged. In order for a case to be eligible for expungement, your marijuana possession crime must not be associated with a violent crime. If you were convicted of possessing more than 30 grams, you can still petition to have your record expunged, but it will be determined on a case-by-case basis.

Get in Touch With a Cook County Marijuana Defense Attorney Today

For decades, using and even possessing marijuana was considered to be a criminal offense that could follow you for the rest of your life. Now, recreational marijuana will be legal in Illinois, and you may also be able to do something about any past marijuana-related charges that you have on your record. At the Law Office of John S. Fotopoulos, P.C., we can answer any questions you may have concerning the new recreational marijuana laws or past marijuana-related charges. Call our knowledgeable Tinley Park, IL, marijuana defense lawyers today at 708-942-8400 to schedule a free consultation.

Here’s When Marijuana will be Legal in Illinois, and Answers to Other Burning Questions About Recreational Weed