Home
Articles
How Do I get my Driver's License Back Following a DUI Arrest?

How Do I get my Driver's License Back Following a DUI Arrest? 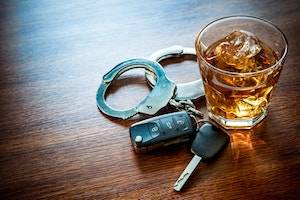 Drunk driving in Illinois carries both civil and criminal penalties. On the criminal side, a person convicted of a first DUI offense faces up to one year in jail and a $2,500 fine. Separately, the Illinois Secretary of State's office can “summarily” suspend the license of any driver who either fails a blood-alcohol test or refuses to take one at a police officer's request.

A summary suspension is a civil matter. This means the Secretary can suspend your driver's license even if you are never charged or convicted of a criminal DUI offense. Additionally, while you can challenge a civil summary suspension in court, the state's burden of proof is much lighter than in a criminal prosecution.

For one thing, the burden is on the defendant, not the state, to establish there are grounds to rescind the civil suspension. Only after the defendant makes this “prima facie” case does the state have to produce evidence supporting its decision. Even then, the state only needs to prove its case by a “preponderance of the evidence” rather than “beyond a reasonable doubt,” as it would in a criminal DUI proceeding.

This means even if the state loses or mishandles some evidence, it can still prevail on a civil license suspension. Here is a recent example. An Illinois state patrol officer responded to a report of a car accident. According to the officer, she arrived at the scene and noticed a “strong odor of alcoholic beverage” coming from the driver of the crashed vehicle.

The officer said the driver—the defendant in this case—told her that he had “had a few beers.” The officer then conducted several field sobriety tests, which she said the defendant failed. The defendant then agreed to a “portable breath test” administered by the officer, which revealed a blood-alcohol level of 0.183, more than twice the legal limit of .08.

The officer arrested the defendant for DUI. His license was automatically suspended. The defendant challenged the suspension in civil proceeding.

Many citizen-police encounters are now recorded by a camera system installed in police vehicles. The state trooper in this case had such a system. Accordingly, the judge ordered her to turn over a copy of the recording to the defendant. She failed to do so. Instead, she told the judge a DVD she made of the recording was “cracked” and unplayable, and the original video had been “recorded over.”

The judge decided that, as a sanction for the loss of the video, the defendant had already met made his “prima facie” case and shifted the burden to the state. However, he also allowed the officer to testify. In spite of her mishandling of the video, and based largely on her testimony, the judge ultimately denied the defendant's petition to reinstate his license.

On appeal, the Illinois Third District Appellate Court said the trial judge acted within his discretion. The appeals court noted the judge could have barred the officer's testimony altogether—as other courts have done in similar circumstances—but he was not required to as a matter of law.

Have You Been Charged With a DUI?

If you are questioned by Illinois police on suspicion of DUI, there are two things you should never do: admit you “had a few beers” or agree to a portable breath test. The latter is not admissible in criminal DUI cases, but can be used to justify the suspension of your license, as in the case above. You should also contact a qualified Orland Park DUI defense attorney who can make sure the police and the courts respect your rights. Call the Fotopoulos Law Office, if you are facing a DUI charge and require immediate legal aid.